‘Mulan’ does not live up to hype 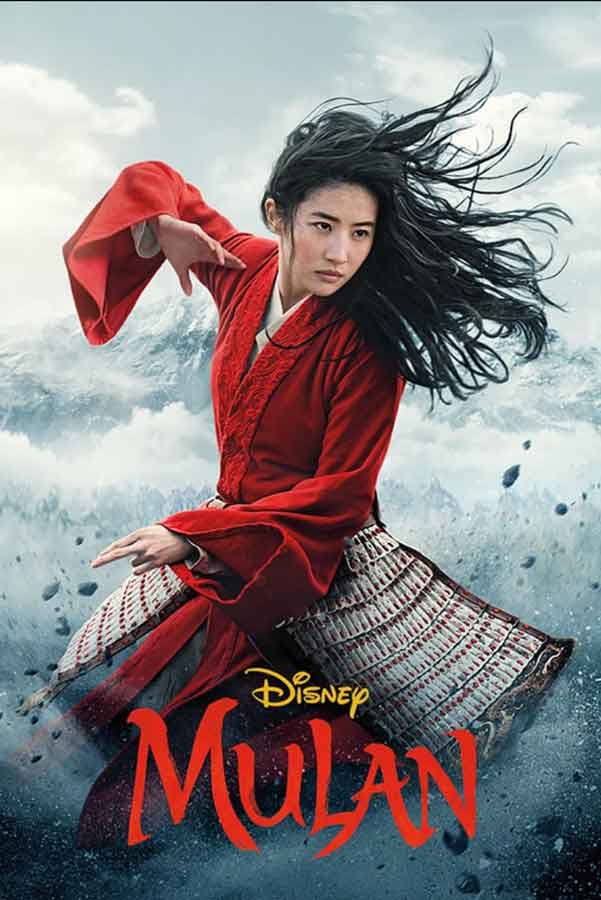 "Mulan" is streaming on Disney+.

I fell in love with the “Mulan” movie when I was younger so you could imagine how excited I was when I found out they were making a live action movie. The new “Mulan,” rated PG13, came out on Disney+ on Sept. 4, 2020 to buy. With Liu Yifei playing Mulan this movie brings the cartoon we all know and love to life.

The plots of the movies are the same. Everyone wants Mulan to stay home and do things a woman would do but Mulan goes off to war and fights in her father’s place all while hiding that she is a girl. They play this “Mulan” movie out by making it look like some sort of superhero movie instead of the usual Disney feeling we know. Though there are similarities between the two there are also differences such as in the live action movie there is no singing. In the cartoon Mulan’s family guardian was a dragon named Mushu but in the live action version he is replaced by a Phoenix. Mulan also did not have a lucky cricket in the new version. In the new film there are two villains as opposed to one.

I feel that the writers made too many changes to what happens in the original cartoon version. I think most fans were expecting the same light hearted movie that we have known and loved for years but the new adaptation just didn’t feel the same. I didn’t enjoy the movie as much as I thought I would and it was really disappointing because “Mulan” was one of my favorite movies.

Lui yifei did a great job of bringing the Mulan Character to life. The movie was a very modernized version of the cartoon version. There was no comedic relief and Mulan did not fall for her commander as she did in the cartoon. There were good action scenes bringing the usual anticlimactic fight scenes into real life terms such as the fight between Mulan and Chen Honghui.

Though I did enjoy the film  it just wasn’t the same as the cartoon version. I didn’t get to sing along to my favorite songs throughout the movie or get to see Mushu who happens to be one of my favorite characters. The movie also just didn’t feel the same when I was watching and didn’t give me the nostalgic feeling of sitting down with my brothers to watch it. If you are expecting to see something that was close to the original animation then you won’t find it with this movie.